Home » Blog » How to Improve Your SMTP Server

How to Improve Your SMTP Server

Simple Mail Transfer Protocol (SMTP) is one of the forms of the TCP/IP protocol applied in sending and receiving e-mails. The ability of the SMTP is limited when it comes to the aspect of queueing messages at the receiving end. The above makes it necessary for the implementation of some other protocols such as the IMAP and POP3, to facilitate the queuing process.

The two mentioned protocols help in the saving of the messages in the server mailbox and download them periodically from the mail server. Due to the above and many other challenges evident in the use of the SMTP, it calls for the implementation of some special techniques to improve its operations. This process is similar to troubleshooting the performance of a VPN. Below is an illustration of some of the approaches that can be used to improve the efficiency and operability of the SMTP. 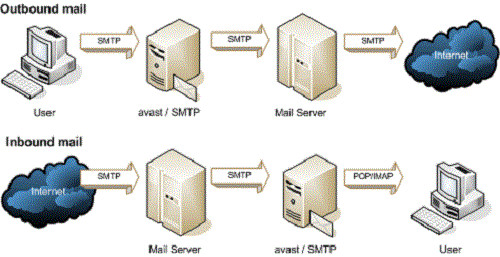 Several techniques are available to anyone wanting to increase the performance of their SMTP server.

Use of Command Pipelining

Command pipelining allows the reception and sending of the emails to be done in batches. The above could cut down the back and forth traffic thus promoting speed per-mail rate.

A typical socket-labs server supports up to ten connections per account for the injection of the outbound message to be as fast as recommended. Since SMTP has a significant number of forwarding and back protocol traffic for each side, it spends a reasonable amount of time waiting for the responses.

The above issue can be solved by the implementation of multiple network connections which are meant to increase and maximize the throughput.

When each instance of the software is started, it experiences a lot of processing overhead. Additionally, the software undergoes the authentication process for each stable relationship. The above calls require a variety of round trips. To bypass this overhead, SMTP can be made to send one outbound message after the other on the same connection.

The above techniques can be performed to ensure that SMTP operates optimally. Alternatively, if you are unable to implement the above approaches, you can make changes to your SMTP server or use a third party application that could create recommendations for installation of a local relay that could optimize the efficiency of the SMTP.

For the two known SMTP servers available, the send mail and the Microsoft SMTP services, improvement can be made by the use of a smart host to relay outbound mail to the server. The same is true for the QK SMPT Server.

Since a local SMTP server could not experience a back-and-forward latency of the sending via the Internet, the SMTP software will escape the performance issues it faces when relaying email to the local server. If any of the above approaches can be implemented, the SMTP server functionality could be improved.